allows any tester to rapidly create API tests from a business-readable interface and then integrate them into end-to-end test scenarios. No scripting is required.

Software testing industry experts such as Gartner and Forrester recommend that testers start shifting more of their testing efforts to the API level—with the ultimate goal of achieving 80% of functional test automation at the API level. API testing is considered a better fit for Continuous Testing, Agile, and DevOps for a number of reasons.

Acolade helps you rapidly define and update API tests in a business-readable interface, then reuse them as “building blocks” across end-to-end tests. SOAP and RESTful (e.g., Swagger) APIs are fully supported. 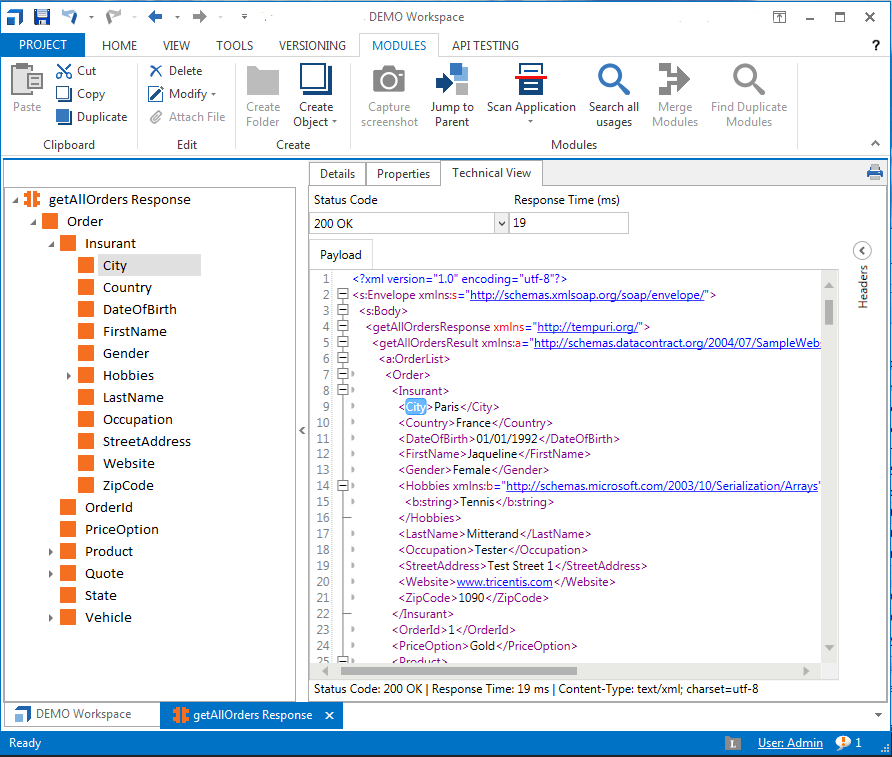 Since these API tests use the same model-based test automation technology behind all Acolade automated testing, they are simple to update. For example, if an element or attribute name changes, just update it once, and that change is automatically propagated to all associated tests.

Additionally, you can use Acolade technologies to enhance and optimize your API tests. Risk-based testing helps you focus on the tests that matter most, and test data management lets you rapidly populate these tests with the exact data you need to achieve maximum risk coverage.

If your team has already built SoapUI tests, you can automatically import them into

Once converted from SoapUI, those API test cases can be reused across multi-channel (mobile, cross-browser, packaged apps, etc.) end-to-end tests as well as complemented with exploratory testing. Moreover, you can take advantage of additional Acolade capabilities such as synthetic test data generation, risk coverage optimization, service virtualization, test management, and analytics as you extend and optimize those tests. 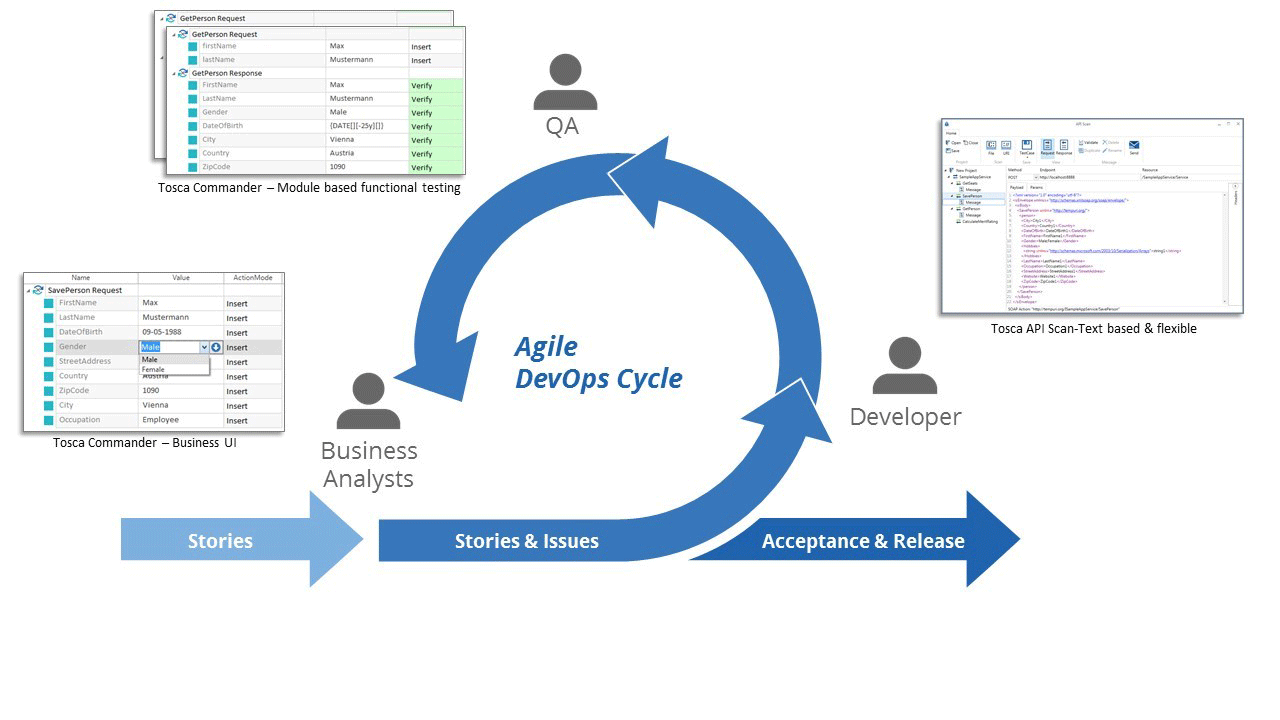 Developers’ API testing artifacts are reused and extended to simplify and accelerate API test creation for QA. As developers perform quick sanity tests on the APIs they’re developing, key request/response pairs can be captured via

or the free standalone API Scan app. The developers’ efforts can then be automatically converted into business-readable

test cases for QA—jumpstarting the process and reducing the learning curve for QA. If the team is already using SoapUI to check APIs as they’re developed, those tests can also be converted.

From that intuitive interface, even less technical testers and business analysts can easily review and extend the test cases (for example, with more data variations) without worrying about JSON, XML, or XPaths. A technical view is always available in case it’s desired for additional insight or debugging.